The Linnaean Games are a lively question-and-answer, college bowl-style competition on entomological facts played between university-sponsored student teams. Each team is composed of four players. The teams score points by answering questions correctly. For ICE, teams will be represented from around the world and will compete over several days of the ICE 2016. Any student wishing to participate in the games is eligible to do so as long as he/she is in a degree program (B.S., M.S., or Ph.D.) or has completed a degree within one year prior to the contest.

Points are scored by correctly answering questions asked by the moderator. The two types of questions are Toss-ups and Bonuses with each question worth 10 points.

Each round begins with a Toss-up question. The first player to signal answers the question. He/she must do so without consultation with other team members. No player should volunteer an answer to a Toss-up until recognized by the moderator as the eligible respondent. If no player signals within 10 seconds of completion of the question, the next Toss-up question begins.

If a player answers a Toss-up correctly, the team is awarded 10 points and is given a chance at a Bonus question. All team members may confer on the answer to the Bonus question. The captain will act as spokesperson for the team, and his/her answer will be the official one. On the turnover, a player must signal and be recognized before answering. If a player answers a Toss-up wrong, the question is turned over to the other team. If answered correctly, 10 points are awarded.

A game consists of 12 Toss-up questions. The team with the most points at the end of the game is the winner. If the score is tied at the end of the regulation game, the tie is broken by a ‘sudden-death’ playoff. The first correct answer to a Tie-Breaker Toss-up question wins the game. An incorrect answer through an interruption (an answer given before question completely read) to a Tie-Breaker loses the game.

Questions and answers are prepared by the Linnaean Games Advisory Committee. Toss-up questions are categorized according to the following subject areas: Apiculture, Biological Control, Ecology, Economic Entomology, Medical and Veterinary Entomology, Physiology and Biochemistry, Taxonomy and Toxicology. Bonus questions can come from any area of entomology but will draw heavily on the areas of history and people. On the average, two Toss-up questions in each game will come from each subject-area category.

The champion team will be determined by tournament format in which pairings are drawn at random. 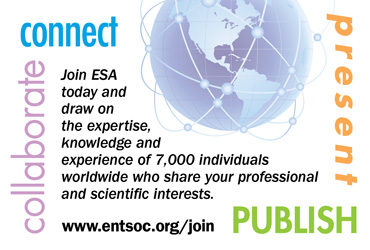