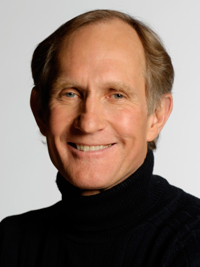 Dr. Peter Agre, the Bloomberg Distinguished Professor at the Johns Hopkins School of Medicine and Bloomberg School of Public Health, will speak at the 2016 International Congress of Entomology (ICE 2016), which will be held September 25-30, 2016 in Orlando, Florida.

Dr. Agre shared the 2003 Nobel Prize in Chemistry for discovering aquaporins, a family of water-channel proteins found throughout nature that underlie numerous physiological processes and clinical disorders. He is deeply involved in multiple global issues, and is the current director of the Johns Hopkins Malaria Research Institute, which conducts research in Zambia and Zimbabwe.

From 2005-2008, he chaired the Committee on Human Rights of the National Academy of Sciences and led efforts on behalf of imprisoned scientists, engineers, and health professionals worldwide. He has also participated in diplomatic visits and meetings with leaders of Cuba, North Korea, Myanmar, and Iran.

A past president of the American Association for the Advancement of Science (AAAS), Dr. Agre is an ambassador for science. He has given numerous lectures and presentations, and has even appeared on the TV program The Colbert Report.

“We are honored to have Dr. Peter Agre as a speaker,” said Dr. Walter Leal, co-chair of ICE 2016. “This will be a historic event with more than 6,000 attendees, and we look forward to hearing about Dr. Agre’s efforts to control malaria, a mosquito-borne disease that kills more than 600,000 people each year.”

“Controlling malaria is definitely one of the grand challenges in the field of entomology,” said Dr. Alvin Simmons, the other co-chair of ICE 2016. “Dr. Agre’s perspectives as a scientist and as a communicator will be well appreciated by the thousands of international insect scientists and others who will be in attendance. ICE 2016 will be a student-friendly event, and Dr. Agre is approachable for one-on-one conversations with students.”