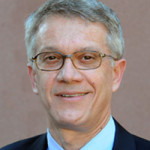 Chemical ecologist Dr. Walter S. Leal, former professor and chair of the Department of Entomology, and current professor of biochemistry in the Department of Molecular and Cellular Biology, University of California, Davis, is a pioneer in the field of insect communication and conducts cutting-edge research. His work involves how insects detect smells, communicate with their species, detect host and non-host plants, and detect prey. Dr. Leal uses innovative approaches to insect olfaction problems. He has identified complex pheromones from many insect species, including scarab beetles, true bugs, longhorn beetles, and moths. He and his laboratory discovered the secret mode of the insect repellent, DEET.

Leal is the first non-Japanese to hold tenure with the Ministry of Agriculture, Forestry, and Fisheries of Japan. He served as Head of Laboratory and Research Leader at the National Institute of Sericultural and Entomological Science, Ministry of Agriculture, Forestry, and Fisheries, Japan, before joining the UC Davis Department of Entomology faculty in 2000. Under his tenure as department chair, the Chronicle of Higher Education ranked the department no. 1 in the country.

Leal has published his work in more than 180 peer-reviewed journals in the general field of insect pheromones, insect chemical communication, and insect olfaction, many widely cited by his peers. He holds 28 Japanese and two U.S. patents, and wrote 17 book chapters and review articles, including two in the Annual Review of Entomology.