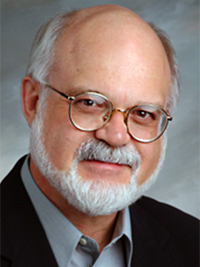 The University of Arizona’s Dr. John G. Hildebrand is the recipient of the 2016 Wigglesworth Memorial Lecture Award.

In addition, Professors Angharad Gatehouse (University of Newcastle), Ring Cardé (University of California, Riverside), and Maureen Coetzee (University of the Witwatersrand) will receive Certificates of Distinction for Outstanding Achievements in 2016.

Dr. Barillas-Mury joined the National Institutes of Health in 1993 and heads the Mosquito Immunity and Vector Competence Section. She is interested in understanding the interactions between the mosquito immune system and Plasmodium parasites that are critical for malaria transmission, with the ultimate goal of disrupting the parasite’s life cycle and preventing human disease.

Jacqueline Beggs is one of New Zealand’s leading entomologists, based at the School of Biological Sciences, University of Auckland. Her main research focus is on the ecology of invasive invertebrates, complemented by research on the biodiversity and conservation of native species. Jacqueline has demonstrated the major impact of introduced Vespula wasps in New Zealand, and her research on biological control and population modelling of these wasps has provided a sound basis for ongoing development of control tools.

Dr. James R. Carey, distinguished professor of entomology at the University of California, Davis, is the world’s foremost authority on arthropod demography. He has authored more than 250 scientific articles, including landmark papers in Science that shaped the way scientists think about lifespan limits and actuarial aging, and two articles in the Annual Review series that provide new syntheses on insect biodemography.

Dr. Fred Gould is a distinguished university professor at North Carolina State University, with appointments in the Entomology and Biology Departments. He focuses on the potential for engineering insect pests to suppress disease and crop loss, and to protect endangered species.

Dr. Robert E. Page, Jr. is provost of Arizona State University (ASU) and is foundation chair of the School of Life Sciences. His background is in behavior and population genetics, and the focus of his current research is on the evolution of complex social behavior.

Dr. José Roberto Postali Parra is a professor at the Department of Entomology, College of Agriculture “Luiz de Queiroz” (ESALQ), University of Sao Paulo, Brazil. His field of expertise is insect biology, nutrition, and biological control, with emphasis on parasitic Hymenoptera.

Dr. John Pickett is the first Michael Elliott Distinguished Research Fellowship at Rothamsted Research, where he contributes to the Chemical Ecology group and is very much involved with research activities in the UK and around the world.

Dr. Baldwyn Torto is an organic chemist and principal scientist at the International Centre of Insect Physiology & Ecology (ICIPE) in Nairobi, Kenya. He is currently coordinating research aimed at conserving the rich honey bee diversity in Africa for important ecosystem services for food security, and he is also championing the development of improved management tools against vector-borne emerging infectious diseases on the continent.